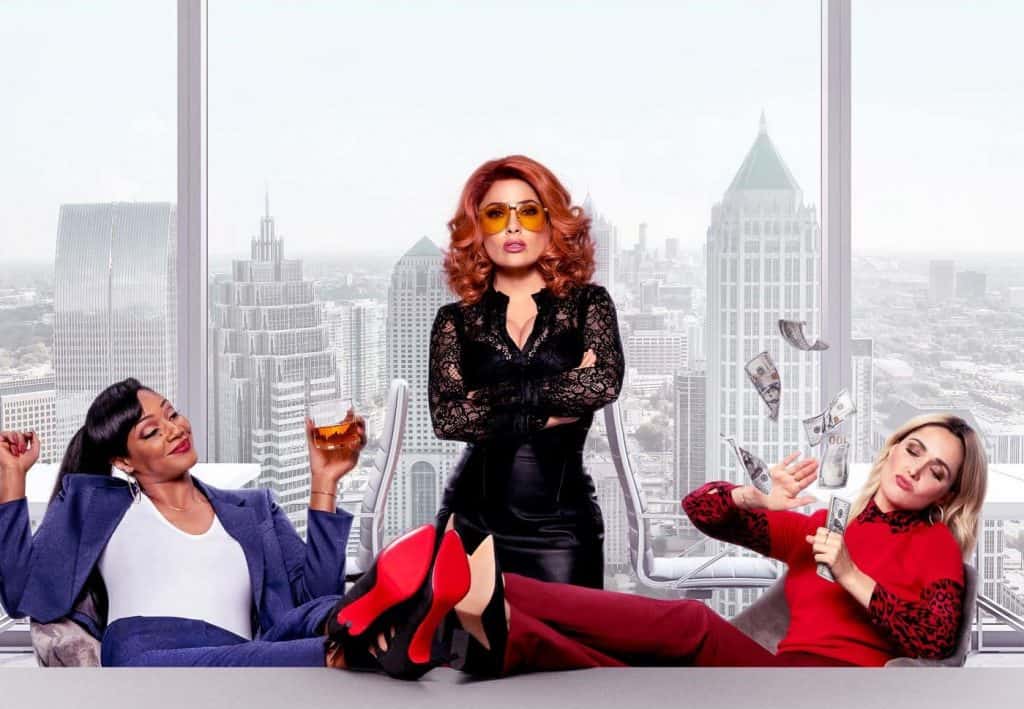 American comedies are to cinema what Rustlers burgers are to fine cuisine. They’re ten a penny, abundantly mass-produced and leave a horrible taste in your mouth. For those outside of England, perhaps you’ve not had the pleasure of being inundated with such a horrific product. For that, I can ask only that you take my word that they are one of the worst creations to the culinary world. Like a Boss is an abomination to film, a truly desolate portrait of how low the comedy genre can truly go.

Sassy and nerdy paired hand in hand, Rose Byrne and Tiffany Haddish star as Mel Page and Mia Carter, best friends of over 20 years and business partners with plenty of debt. With two character traits between them, the aforementioned sassy and nerdy pair are in charge of their own beauty business. Between them, they drive the “be happy how you look” message, one that is certainly nice enough, but conflicts with the fact that they’re in charge of peddling poor-quality makeup to gullible, empty caricatures that litter their storefront. An entirely useless plot pools us into a story of two best friends bickering and squabbling after being offered funding from a fashion business magnate, Claire Luna (Salma Hayek).

It’s not been the best year for Hayek. Between this and her incompetence within the already forgotten Drunk Parents, it’s rather distressing to see that she’s in immediate need of a new agent. Haddish and Byrne struggle tremendously as well, which should be no surprise at all given how bland and completely unoriginal the script is. We’re dragged kicking and screaming through a plot without so much as a second of intelligence. The expected excitement, double-crossing, fallout and reconciliation is shoddily assembled in record time. Throw in a brief scene for Lisa Kudrow and stereotypical, one-note supporting characters and you have a very typical comedy indeed.

From a technical standpoint, Like a Boss is a meandering, dense mess. Shot reverse shot in pretty much every scene that contemplates a borderline understanding of how a camera works. The limited set pieces that are thrown in to rustle up a few moments of “hilarity” are nothing short of embarrassing. There’s a scene towards the end of the film that inexplicably turns into a karaoke dance routine of a song we have heard once before, one that has a connection to a main character who lost a relative off-screen. Thus completing the cliché bingo with seconds to spare, Like a Boss offers not a single atom of creativity or genuine passion.

Like a Boss is empty. A vacuous hole that plays up basic archetypal tropes of the comedy genre. Competent actors and vaguely recognisable supporting faces come and go with relative nothingness. The film plays it so safe in every scene that it’s tremendously boring. Not a single second of the movie amounts to anything original, completely pedestrian direction and performances that amount to absolutely nothing of note or merit in the slightest. It is the bottom rung of film, below all of the offensive material out there, the student films that have been assembled in the rush of a midnight deadline serve a far superior purpose to this shell of a comedy vehicle.