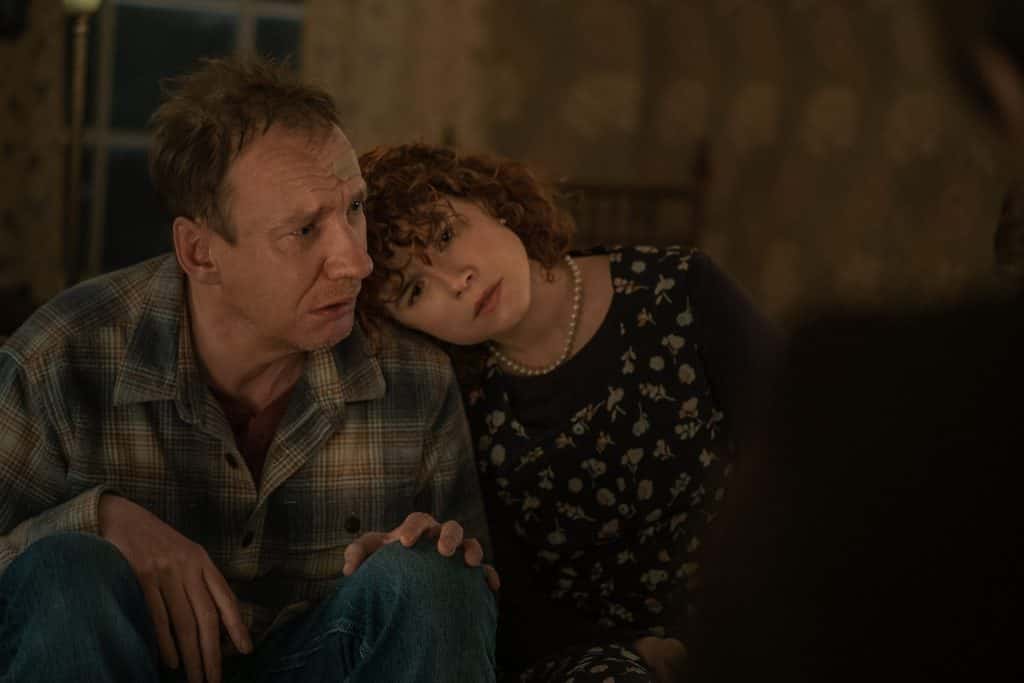 Whilst the writing efforts of Charlie Kaufman have waned over the past decade, it’s hard not to appreciate his philosophies when they’re applied correctly. Synecdoche, New York appears to be lighting in a bottle, the pairing of the late Phillip Seymour Hoffman with the merits of Kaufman’s work came into a form of their own. It appears, then, that Hoffman was the catalyst of the piece there, as I’m Thinking of Ending Things offers up a bleak and banal message just for the sake of it. Nothing hidden in the cracks and creases, of which there are many, just a grim musing on personal problems that are of no interest to audiences that aren’t either ghoulish or convinced by Kaufman’s surface-level charms.

With such an impressive cast, it’s a surprise to see how underwhelming the premise is. Jessie Buckley makes for a promising leading cast member, and after her work in Wild Rose, the sky is very much the limit. Unfortunately, the strangely disconnected and disjointed script stops Buckley from rising to that inevitable peak. This feels like it would flow far better as a book, which is thankfully available. It’s hard not to latch onto a handful of scenes though, and the tricks Kaufman plays on his audience dart between annoyingly self-serving and brilliant, if a bit under-cooked. David Thewlis in particular is truly incredible, but it may be because of the accidental binge of his work I find myself on in recent days that I think this. He and Toni Collette riff off of one another with exceptional grace and interest, doing their best with some rather interesting ideas, but fumbling prose.

I do think a great deal of the build-up and pay-off surrounding this film is the fault of those who praise Kaufman’s outings as the return of a pariah. His ideas are often expressive enough to work as a light bit of entertainment, but I don’t think he has quite proven himself as someone who can write an emotive film more than once. Disjointed and weird scenes are littered throughout and most of the time they have little care or connection with whatever the cast look to present. The eerie bumps in the night, the quiet and condescending tones of the family Buckley’s character encounters, all of these moments are exceptional, but never add up to anything interesting or attentive enough to bring it all together. Perhaps that’s the point, that these ideas can be separate but exist on the same piece of art, but to think that is to think too much of Kaufman’s work.

To expect anything more than self-indulgent tosh from Kaufman’s prose is to expect blood to ooze from a stone. I’m Thinking of Ending Things is jagged, appealing to a class of audience who find beauty in the meaningless moments. Their awe at the intentional void of nothingness Kaufman has crafted here is admirable, but dumbfounding also. There’s a hole where a message should be. Look but don’t touch, and as Kaufman presents a cavalcade of ideas, synonyms and twisted expressions, it’s discomforting to think about just how few linger on the mind for more than a few moments. No, I don’t believe a second viewing of this would help, its slow-burning story is made for people to find meaning within rather obtuse or acute moments that only a keen eye with a desire to find something in the void could see.