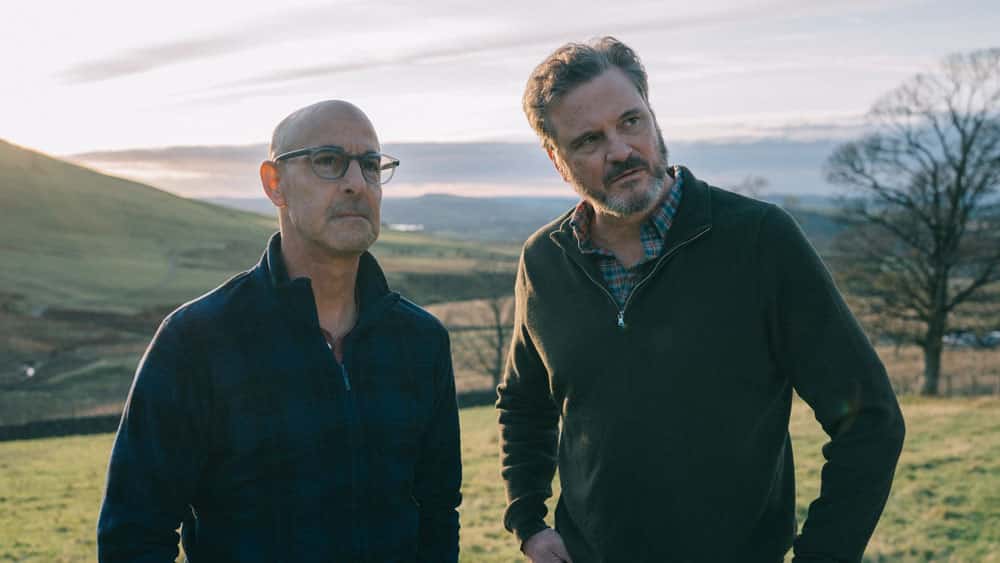 Caring for someone that’s nearing the end of their life is never easy. Emotionally tolling, especially if that person is a close relative or loved one. We see such a relationship in Supernova, as Sam (Colin Firth) and Tusker (Stanley Tucci) come to terms with Tusker’s early-onset dementia diagnosis. Travelling around the country in a touching tale of rekindling old flames, memories, and unveiling old secrets, the two struggle to come to terms with the diagnosis, and the rapid decline of Tusker’s physical health. It’s difficult to walk the line between respecting the representation of an illness and crafting moments that will hit hard at its audience, but Supernova has all the charms necessary to make a series of succinct moments come together with maturity and composure.

A slice of life piece that just so happens to cut into a chunk of a couple coming to terms with their final days, Supernova is a poignant film that has more strength than it lets onto. Tucci and Firth are phenomenal, no surprises there, but their rather muted performances allow for realism to take hold. It’s an articulate, conventional analysis of a happy couple dealing with the inevitability that their time together is now nearing the end. Illness and affliction is a horrid thing, rarely will a family escape unscathed from the clutches and horrors that await, and how these moments affect us not just physically, but mentally, is an important topic to muse on. Supernova does the best it can, its leading pair make do with some marvellous acting and chemistry.

Handled with care and respect, there are still times where Supernova edges itself towards emotionally manipulative. It’s incredibly predictable, a film that can’t shunt its conventional tones and styles. Tucci steals the show, his portrayal of dementia and the impact it has is relatively solid, an overall strong performance from a man who has been plugging away at supporting performances for well over a decade. It’s those around him, though, that are the main issue. Firth is tremendous, but weighed down by an inexcusable level of predictable, cliché dialogue. You’ll have seen this movie already if you’ve breached the accessible plethora of British drama available, and nothing within this film sets it out from anything else.

Quintessentially British, and a hallmark of quality for the ever-booming drama genre, Supernova is an emotionally jarring piece that has grief bubbling up to the top of its well-written story. Charming, heart-breaking, it’s everything you could hope for from this sort of film. However, considering the quality of actors on display here, I’d expected something far, far better. Supernova may be a hallmark of the quality this genre can provide, but it also displays the heavy burden of quantity too, not being able to step out of the shadow of other British drama pieces that look to pick apart the life of a conventional couple, dealing with their unconventional surroundings. Your mum will love this, it’s that type of movie. Supernova will do little more than bring about forgettably pleasant, touching moments.