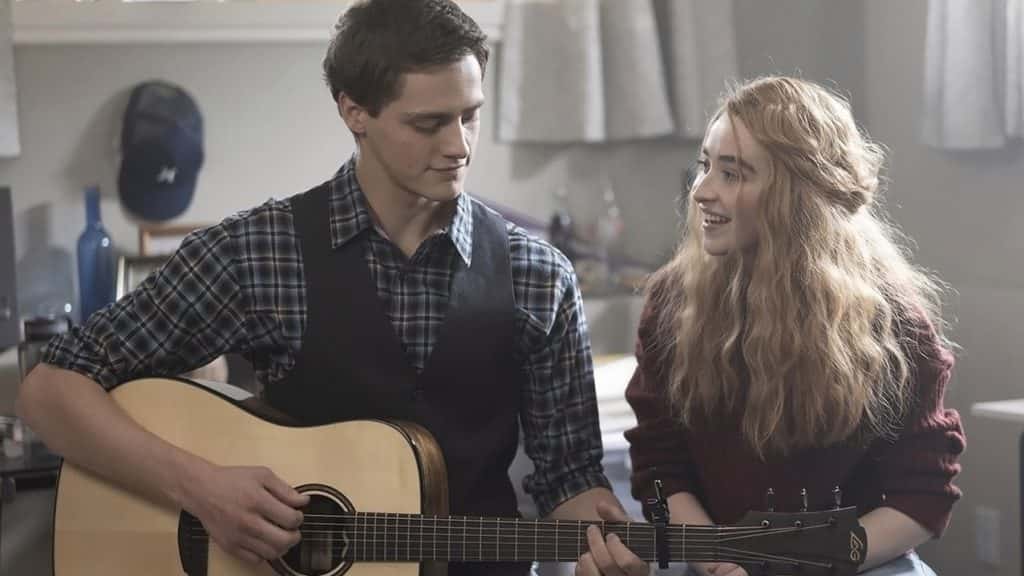 There wasn’t a single doubt in my mind that Clouds, the latest shovelware to slump onto the awful Disney+ platform, would be a disgustingly dull cash-in on a real-world story. Within seconds of reading the synopsis, you can tell where this soppy nonsense is going, rattling the emotional nature of its audience, most of which, understandably, are children. But for those that will pop Clouds on for something rather light or, heaven forbid, are looking for quality, then you shall be severely disappointed. I’m not sure anyone goes into a Disney-crafted film with any semblance of optimism, to do so would be flagrantly stupid, but there are many out there saying Clouds is a determined spectacle of unbridled joy and poetic emotion. It’s not, far from it in fact.

Steffan Argus’ leading performance is sculpted and shoved right into the squeaky-clean, take-no-risks style of director Justin Baldoni. Strangely enough not his first film about terminal illness, his equally grating and offensively bland Five Feet Apart released a mere year before this. With such a forceful need for this leading man to be likeable, Clouds fails to understand that only Argus himself can bring such a feeling to the role. No amount of writing, good or bad, can change that. Obviously, it doesn’t help that the writing in this feature is horribly generic, inarticulate and stringent. A middle-aged teacher that will provide a guiding force for our leading character, offering them an out of their culpable blame, a side-character that will be shunted to one side. The cliché moments are frequent and without subtlety, to the point of being horribly annoying.

Clouds is an obnoxious drama that tries to hide narrative weaknesses behind real-world tragedy and illness. It borders on disgusting, a horrific treatment that’s used as a weak plot device for an ultimately careless and bland storyline. At least Me, Earl, and the Dying Girl made its plot about a battle with cancer, rather than as a prop to its ultimately futile and horrendously boring storyline of will they won’t they’s in suburban America, my favourite place on Earth. It’s garnering traction, this little pocket of middle-class suburbia, and I’ve yet to see an articulate moment to come from it. Instead, we’re saddled with quirky characters, whose personalities have been replaced by sentient gelatine, trying to blend into life by sharing four character traits between seven people.

Whilst I wasn’t expecting Clouds to tap into the long-term, emotional impact of a cancer diagnosis, I had expected Absolutely no need to be two hours long, especially considering it can barely fill a half-hour with content. The rest is something you’ve all seen before if you’ve so much as glanced at American teenage-drama films in the past half-decade. Static nonsense, engulfed in a blaze of its own ignorance, arrogance, and comfort in the fact that it will never have to be anything more than completely docile. Ineffective, offensively horrid, and pulling at your heartstrings so hard your wallet falls into Disney’s lap once more. Disgustingly manipulative, and a shamefully vacuous attempt at cashing-in on this newfound ability to drag popularity out of tragedies that will hit close to home for many.