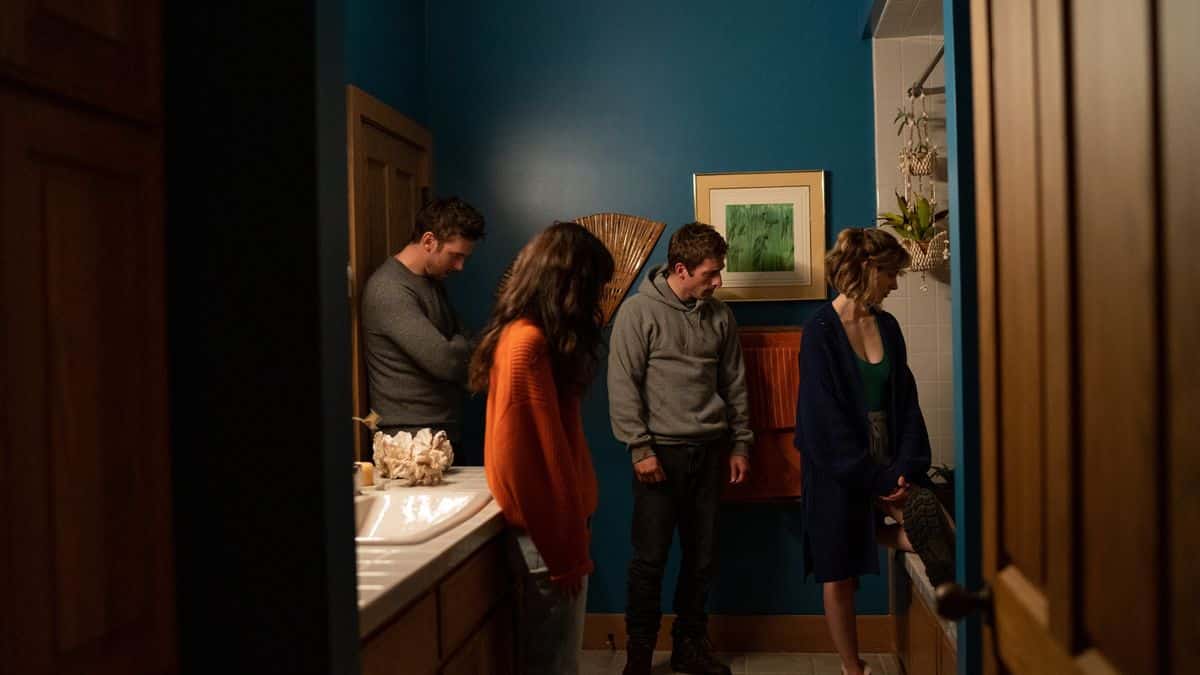 There is only one scenario scarier then a group of friends locked in a house, hunted down by a serial killer, and that scenario is if Dave Franco had somehow managed to get his hands on a camera and recorded the whole thing. The Rental is Franco’s attempt to follow in the footsteps of his older and equally unsuccessful brother James in the directing world. We see actors make the leap to behind the camera action more and more now, I assume because filmmaking has arguably become easier. If Steven Soderbergh can crack two films out on an iPhone in one year, I have confidence in the younger Franco brother taking a shot at directing a horror flick.

Only moments into The Rental, and I realised my confidence was misplaced. A faux environment of horror, doubling down on the expected tropes of the modern, ineffective genre changes are abound with this one. A desire to subvert and mock the genre’s most fascinating and hardened components leaves a sour taste in the mouth, one that Franco is no doubt aware of entirely. It’s a sad shame, and the smacks of irony are not lost on me with a film that is essentially just a small collection of tropes, knitted together in a way that slaps its audience with shoddy direction and amicable performances. Perhaps my bias against the slasher and horror genre doesn’t help either, I don’t think much of many films contained in the genre, some are pertinent, offering up fun flicks, but The Rental feels it has to stretch beyond that.

Hammering home some generic dialogue, four plodding characters mumble and whine their way through a weekend break at a house owned by a relatively elusive stranger. Whilst there, generic plot points awaken, affairs and backstabbings, crisscrosses, twists and turns, they’re rampant throughout and with no signs of slowing down, it becomes clear that Franco is banking on the big moments to shelter us from his rather ineffective direction. Perhaps he’ll improve over time, but the smarmy inabilities found behind the camera make this one a lapse in both judgment and professional decorum. It’s infuriating at the best of times, boring at the worst.

The Rental is filled with flatlining identity politics, modern characters that struggle with their woke ideals and their fancy housings. Four middle-classed, arrogant nobodies, who lack a contrite understanding of their actions are stalked and attacked by a masked man. It’s Friday the 13th without the iconic villain, You Should Have Left but instead of Kevin Bacon roaming around a never-ending house, it’s four boring, pompous, unlikeable characters mulling about a house, complaining and moaning about everything and anything for no particular reason. It’s hard to root for the heroes when they don’t have a single personality trait to share between them. Harder still to support a bland villain. At that point, who else is there to root for? The rented house is my best bet, at least it’s inanimate and doesn’t say anything stupid.