Spennymoor Grime MC Matty Topping [TM] has been making waves in the North East Grime scene for a few years and signed with Knowledge Is Power Promotions last year. Mark Tyers caught up with TM ahead of his upcoming gig at Independent, Sunderland and got his take on his career to date.

MT: You were due to support Chip in Middlesbrough, but unfortunately the gig got cancelled. How did you land that dream support slot?

TM: Yeah, unfortunately it did. I have done quite a few gigs in the past at KUSH events in Stockton and supported a couple of good names at past events. Basically [I have built my rep] over time just getting to know the promoters and proving to be reliable which is why I got asked to support Chip. Would of been one to remember personally as well, so it is a shame it got cancelled.

MT: A lot of people look up to Chip so I think we were all feeling for you there when it got cancelled. Which other acts have you supported in the past?

TM: I have supported Mic Righteous and Scorcher at Kush Events in Stockton and also seen other good North East act’s support names such as Bugzy Malone and Shotty Horroh, so there have been some super sick nights in the past, hopefully more to come as well.

MT: Talking about big name acts, who inspires you right now and why?

TM: To be honest people ask me all the time who my top 5 favourite artists are and all that but I honestly can never choose. I get inspiration from all over really. Even smaller artists sometimes inspire me more. I like to see good acts do well and get noticed, not just guys at the top getting pushed all the time if you know what I mean. At the moment I am feeling grime artists such as Kannan and Eyez. They have both been doing a lot recently.

MT: How did you get into Grime MCing? When was that moment when you thought I can do this?

TM: I first got into Grime around the age of about 16-17, started listening to a bunch of different names because it was something new to me at the time. But I first picked up a mic and fell in love with MCing about 13 years old on nothing else but Makina being from the North East.

MT: Makina! So many local MCs have got into Grime and Hip-hop via that route. Do you still MC at raves then?

TM: No, that was a long time ago to be honest and although I did a couple of raves back then, I was not that deep into it. I just used to love a set of decks and a couple of mics at a house party.

MT: What do you think of the NE Grime and hip-hop scene right now?

TM: To be fair, there is a lot of strong acts in the music scene in the North East but from an outside point of view, you need to know where to look. It is good seeing people who I have met through music and known for a while progress and make moves. Hopefully things are on the up as the grime scene grows in the North East.

MT: Your performing at Independent on the 2 July, with Dano – what can people expect from your set? Also what do you think of the other acts; Jay Simian and the Midnight Society and Legitimate Anarchy?

TM: Yeah man, we aim to please if you know what I mean. I can guarantee a set full of energy flows and lyrics! Myself and Dano work well together and will 100% put on a show! Yeah the other acts are good too. I am looking for to seeing them live!

MT: You have done quite a few tracks with KIP Gang – could you tell us a bit about your partnership with KIP and also which tracks / EPs your most proud of?

TM: Yeah, I have been a part of KIP for about a year and a half now and done some sick collaborations and projects with them. Knowledge Is Power Promotions is my promo label which within it has a team called #KIPGANG that I am a part of. Personally I only have released two EPs so far; The FlashBack EP and 500 Likes EP. I have a new mixtape just about complete which I think will definitely be the one I am most proud of so far. The one I am most proud of with KIP is the latest album we have done called 5th Element which is full of some sick features from all over the UK.

TM and Jay Simian and the Midnight Society are headlining Young Sceptic’s monthly Grime and Hip-Hop night at Independent on Saturday 2 July 2016. Doors open 7pm and tickets are £5 on the door. 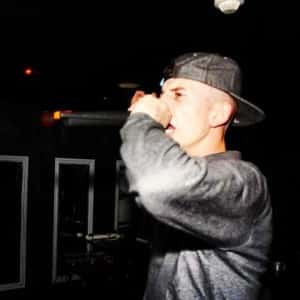