Added on 3rd May 2019  Ewan Gleadow  Film , Film Review , Opinion , the professor and the madman

Review: The Professor and the Madman 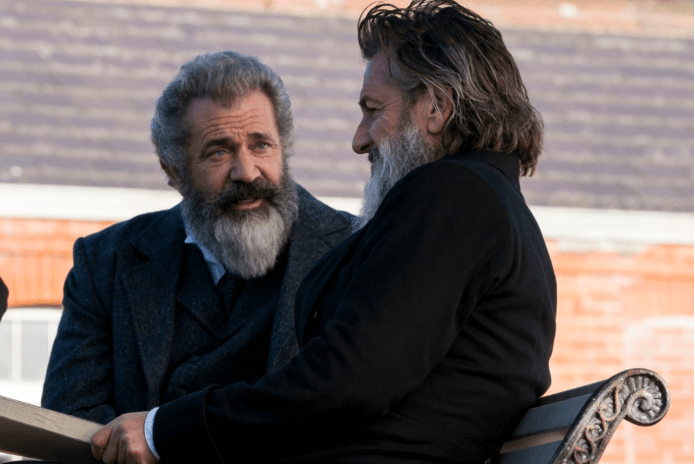 You’ll never watch this movie. Not because it’s unavailable or a hard to find movie, but because the marketing department seemed to have all but forgotten about The Professor and the Madman. No press releases, trailers, social media access or promotion from anyone involved. I’ve not seen anything about this movie and came across it simply by chance. But chance is a fine thing, and you’ll sometimes unearth a real gem like this film.

If there were ever a reason to watch The Professor and the Madman, it’d be to see the career-best performance from a very brilliant Mel Gibson. Gibson seems to be taking the world by storm this year, with an incredible performance in Dragged Across Concrete and some promising work here, he seems to be back on top after decades on the Hollywood blacklist. He’s a talented guy, with his performance here taking advantage of his gruff Scottish accent as he compiles the very first dictionary.

Sean Penn also offers up a performance that unfortunately doesn’t quite reach the similar heights that Gibson does. Penn struggles in his role from time to time. It’s not that he was miscast, more that he doesn’t know how to play the role. At times he seems demented and estranged from reality, other times he seems rather sound of mind and snaps into reality at a moment’s notice. I suppose this is the type of performance that would’ve received adoration, but here it just feels sloppy.

I’m certainly impressed given this is the big picture directing debut of Farhad Safinia. Their cinematography is exceptional, really capturing the zeitgeist of the time period rather well. A few missteps are of course expected, but they’re nowhere near as bad as they could’ve been. Steve Coogan feels extremely miscast in his limited presence on screen, and the subplot between Penn and Natalie Dormer felt contrived and strained at times.

Speaking of Dormer, I’d quite forgotten she was in this movie. The more I think about Penn and Dormer’s subplot, the more I dislike it. Penn’s reason for landing himself in a mental asylum directly links with Dormer and it’s a shame the writing doesn’t take it further. They share a handful of good scenes together, but nothing to suggest anything brilliant.

Feeling more and more like a period piece, The Professor and the Madman takes what seems like a very boring story and manages to add enough depth, drama and interest in to make it a very unique story that embodies the real-life tale rather well. Strong performances go a long way in making this one a success. A stellar movie that has flown completely under the radar.