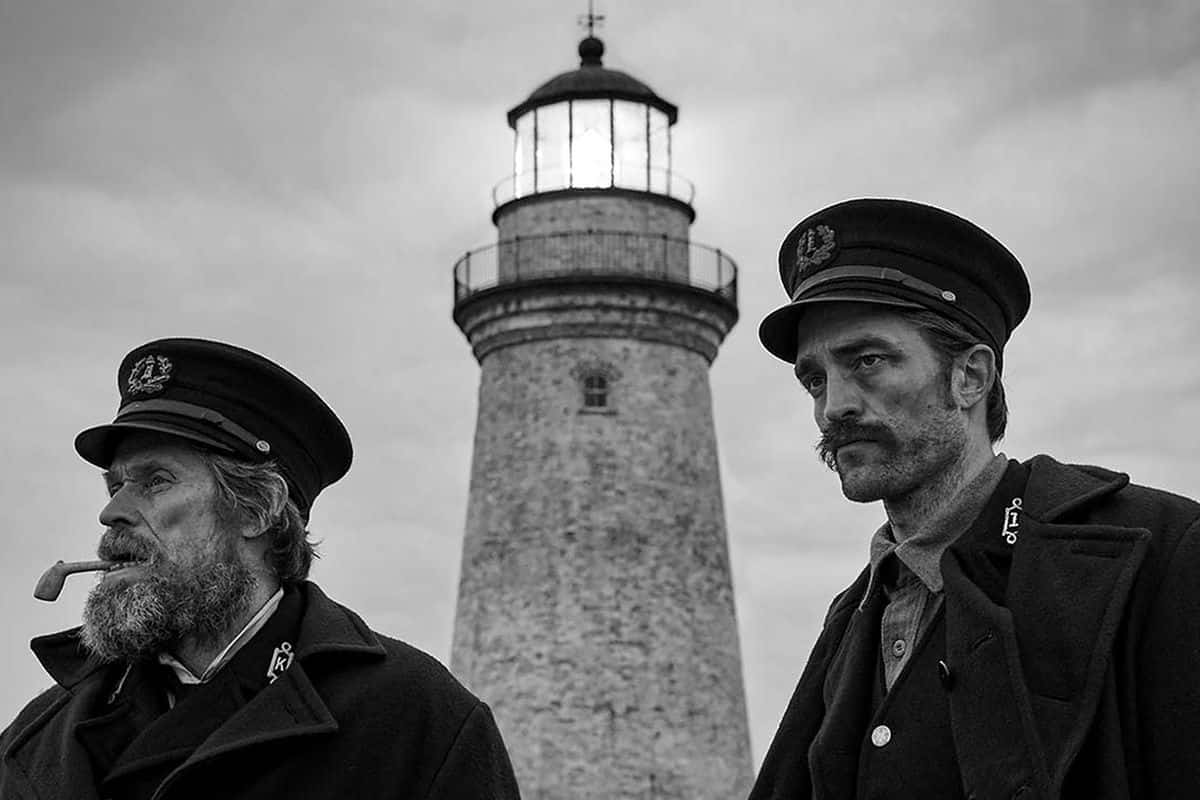 Eagerly anticipating any film whatsoever is a recipe for disaster. Considering before you even enter the film you’ve already set it an impossibly high standard, there’s no doubt that your initial viewing will be somewhat disappointing to say the least. Hearing nothing but praise for the newest Robert Eggers film, The Lighthouse, I knew my highly anticipated viewing couldn’t match the standard set by the heaps of praise put upon it. The intense love that The Lighthouse has already received is a little unnerving, but nevertheless I pressed on to find out if this pairing of Willem Dafoe and Robert Pattinson was any good.

One of the few times where I agree with the praise heaped onto a product, The Lighthouse is an exciting and thoroughly engaging artsy piece of film. Dafoe and Pattinson run riot in a piece that follows lighthouse operators Ephriam Winslow (Pattinson) and Thomas Wake (Dafoe) as they stick it out through a month-long assignment on a tiny island. Living together and exploring their roles within the island, the two soon fall in over their heads within the ever-changing horrors that haunt their visions.

With such a smaller cast it’s no surprise that both characters are well fleshed out and thoroughly engaging. Pattinson’s leading performance manages to shine a light on his genuine abilities as a performer, something starring in five Twilight films managed to negate somewhat. It’s quite resounding to see how great of a performer he has grown into, with Good Time and High Life now littering his most recent filmography. His break away from being a teenage starlet in the eyes of a mass market that know him only as a sparkly vampire is well deserved, and he crafts himself a niche performance style that has thankfully received some felicitous praise.

Dafoe performs in an identically enthralling manner. Another performance that will see him try and fail to win an Academy Award, his turn as Wake is an incredible piece. His grizzled look settles well with the black and white cinematography. Dafoe has always been a favourite performer of mine, and this could definitely be considered one of his greatest performances. A fastidious execution blends excellently with some near perfect chemistry between him and Pattinson. Given that they’re the stars of the show, it’s no surprise that the two performances are this crisp and well rounded.

All of it comes together under the direction of Eggers, who looks to have carved himself a comfortable spot within the “not-quite-horror” genre. His utilisation of conventional dramatic and horror tropes is useful, subverting expected mannerisms to create a unique and alluring style. Eggers’ direction is creative enough to latch onto the minds of just about every audience, his use of black and white cinematography just about screams conventional A24 stylings. The modern hipster trend seems to be filming everything without the use of colour, yet The Lighthouse is benefitted greatly by its interesting shadows, its gloomy island lifestyle and the ever-growing tensions between two complete strangers.

It’s a film that certainly has its issues, but manages to keep said issues under wraps for much of the running time. With dialogue that doesn’t always come naturally to two entertaining performers, their performances overlapping with great effectiveness but a script that doesn’t quite manage to bring about the strengths of the movie. Its best moments are the awkward silences, the gestures between the characters and its looming camera angles. The film slows to a crawl when we’re left with extended pieces of conversation, an odd shame that really makes the pacing grind to a halt.

There’s no denying the impressive work Eggers, Pattinson and Dafoe have given us here. Certainly a film that will be looked back on with much adoration, The Lighthouse brings about impressive filmmaking and performance based skill, showcasing some of the finest moments of the craft. A lacking script and a jumbled second act lead to the occasional derailment, but it’s all pulled together by a satisfyingly dark third act and some excellent worldbuilding within its opening moments. Suitably enjoyable for any fan of the uneasy moments that are crafted through isolation, darkness and seagulls.