Synchronised dancing, perfect harmonies and a love triangle that leaves you on the brink of your seat, the cast of Footloose brought impeccable energy to the Sunderland Empire on Tuesday October 11. 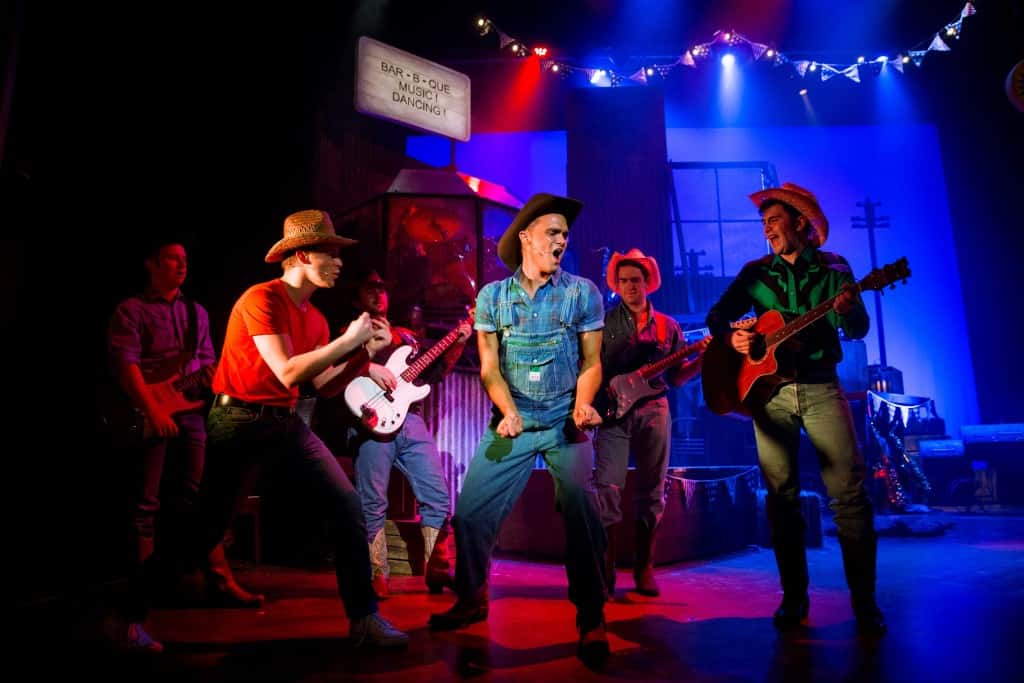 The world-famous musical comes to town this week and defines what dancing really is all about as underdog Luke Baker lights up the stage at the Sunderland Empire.

Footloose is inspired by the story of a rural American town of Elmore City, Oklahoma during 1979 where dancing was banned by law. When high school junior, Rex Kennedy asked to bend the rules for his class’ prom night, the people of Elmore objected that “no good has ever came from a dance”, and that’s exactly when Creator, Dean Pitchford set to prove them wrong and boy did he.

Featuring bold vocals to the toe-tapping songs of ‘Holding out for a hero,’ ‘Dancing is not a crime’ and ‘Let’s hear it for the boy,’ this musical adaptation is credibly respectful to its own. Impressively, the cast all perform with live instruments – there’s no orchestra, whilst effortlessly hitting every move to the beat of the music and faultlessly executing their lines, it doesn’t get better than this. 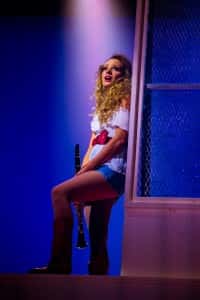 The leading duo, Ren McCormack (played by Luke Baker) and Ariel Moore (Hannah Price), stole the show with their underlying chemistry, which prevailed as the story progressed. The two actors complemented each other so well, as their undeniable bond became more passionate when Ren finally saw behind the ‘cool’ girl façade that Ariel portrays, and instead a smart, driven yet stubborn young lady who seeks for independence in life.

Golden boy, Ren is a revelation to the people of Bomont. Moving from the vibrant city of Chicago and described as a “dangerous outsider”, Ren is fuelled with passion and a rebellious instinct that allows him to spark the revolution of the freedom to dance, against the law that Reverend Shaw Moore swears to protect. Their turbulent relationship heightens as we witness the two experience a rollercoaster of  disagreements but, in the end find common ground.

Brilliantly portrayed by Gareth Gates (who rose to fame through the inaugural Pop Idol in 2001/2), Willard is the best form of distraction from the conflict implemented. His wit, and whimsical dance moves stirred up moments of laughter within the audience and relieved the tension in some scenes.

Not to mention, the remarkable set design which keeps to the retro-esque theme of the 80s with a touch of vintage and class that makes you feel as though you’ve been transported back in time to a different dimension of America.

The empire welcomed a full house as the crowd stood on their feet, clapping and cheering when the closing number commenced.

A night of dancing, singing, romance, and comedy, what more could you want in a musical?

Don’t miss the chance to see one of the highly anticipated musicals of the year, showing at the Sunderland Empire every day from 2.30pm till Saturday 15 October 2016.

Get your tickets at http://www.atgtickets.com/shows/footloose/sunderland-empire/

One Response to Footloose: Electric performance gains a standing ovation on opening night